From the Tokyo Fantasy Show as reported at Pink Tentacle, images of a post-apocalyptic, empty Tokyo. My favorite is Shinjuku — an area of Tokyo that I visited when I went there several years ago, which is amazingly sleazy and yet also surreal. Later I learned that Shinjuku is considered the “spiritual” center of Tokyo, i.e., the most likely part of the city to suffer some kind of supernatural/magical apocalypse. And this is what it might look like: 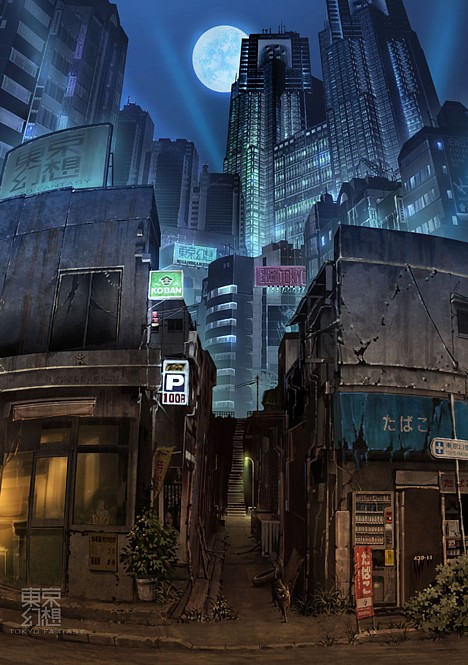 Just a thought — how come the apocalypse is considered science fiction? I mean, what, people think magic can’t blow stuff up too? ::resolves to blow some stuff up with magic::